There is no good in much of their secret conferences save (in) whosoever enjoineth charity and fairness and peace-making among the people and whoso doeth that, seeking the good pleasure of God, We shall bestow on him a vast reward. (Al-Nisa, 4:114).

WELCOME :: MAIN MENU MOVED TO THE BOTTOM OF THIS BLOG

According to arwah Ali Sariati - this world is about religion vs religion (or whatever left of it)!

Religion is something one can bundle up many things - to create a worldview?

So - will there be a holywar in Venezuela? 👇

We like to express our deepest condemnation on the financial wars  imposed by the zionist christian empire of amrika, over the last few years on the chavistas nation.

Courtesy Washington Post ~ Published on Nov 13, 2018 - The Trump Administration has cut all funding to the United Nations Relief and Works Agency, which serves millions of Palestinian refugees. The move will hit Gaza the hardest, where 70 percent of residents rely on the agency for food, medicine, jobs and education. Critics warn the move could fuel further unrest

US proceeding with hybrid war, will be imposed on Iran? AP Photo/Carolyn Kaster
US State Secretary Mike Pompeo said on November 5 that China, India, Italy, Greece, Japan, South Korea, Taiwan and Turkey had received waivers that would allow them to continue “temporary” imports of Iranian oil without facing penalties.
“I promise you,” Pompeo said, “that doing business with Iran in defiance of our sanctions will ultimately be a much more painful business decision than pulling out of Iran.”
Pompeo claimed that the US has a broad support for the Trump administration’s approach. He added that “There are more than three” countries in Europe, which didn’t receive waivers. France, Germany and the U.K. as well as Russia and China have worked to preserve the Iran nuclear deal following the US exit.

“There are certain transactions that they can continue to do, whether they’re humanitarian transactions or certain trade in the restricted accounts,” Pompeo said commenting on the approach of the US towards EU states.

Furthermore, Pompeo said that there will be a “swift punishment” to countries who defy the US’ anti-Iran sanctions.
Earlier on the same day, the US officially imposed a ban on Iranian oil imports and sanctioned more than 700 Iranian companies and energy producers, and individuals. They target 50 Iranian banks, 200 individuals, and vessels in Iran’s shipping and energy sectors, as well as one airline and 65 of its aircraft.
The newly imposed sanctions marked the second phase of the so-called maximum pressure campaign launched by the Trump adminsitration in order to force Iran to re-shape its foreign and defense policies as well as to overthrow the current Iranian government.
Commenting on the sanctions, Treasury Secretary Steven Mnuchin said that Iran “will face mounting financial isolation until they fundamentally change their destabilizing behavior.”

Email ThisBlogThis!Share to TwitterShare to FacebookShare to Pinterest
Labels: Aggression, Iran, US, war

Published on 26 Apr 2017 - Over the last month, the Trump administration has escalated tensions between both North Korea and Iran. Vice President Mike Pence has warned North Korea, saying all options are on the table—including preemptive military strikes. Will either of these conflicts escalate to outright war? For more, Democracy Now!’s Amy Goodman asked world-renowned linguist, professor and political dissident Noam Chomsky, during a wide-ranging interview Monday night at the First Parish Church in Cambridge, Massachusetts.

Things happens because we are living in a box of our own social construct!

Published on 17 Nov 2016 - Mark Blyth, who accurately predicted Brexit and Trump explains in clear language how globalization and capitalism are failing people throughout the world and why that means more Brexits and Trumps are on the way.

The global impact of tax dodging

Published on Feb 2, 2016 - Extended web-only interview with Raymond Offenheiser, president of Oxfam America. The group just issued the report, "An Economy for the 1%: How Privilege and Power in the Economy Drive Extreme Inequality and How This Can Be Stopped."

The 1% Economy: The World's Richest 62 People Now Have as Much as Poorest 3.6 Billion

Published on Jan 21, 2016 - A new report from Oxfam on global inequality finds the world’s richest 62 billionaires now own as much wealth as half the world. The wealth of the poorest half—3.6 billion people—has fallen by $1 trillion since 2010. At the same time, the wealth of the world’s richest 62 people has increased by more than half a trillion dollars. Oxfam faults a global financial system that has "supercharged the age-old ability of the rich and powerful to use their position to further concentrate their wealth." The report singles out deregulation, privatization and offshore tax havens that have let trillions of dollars go untaxed. The Oxfam report is timed to coincide with the meeting of global elites at the World Economic Forum in Davos, Switzerland. We are joined by Raymond Offenheiser, president of Oxfam America.

Israeli Colonel “Caught with IS Pants Down”

Guess Who is Behind the Islamic State?

This was definitely not supposed to happen. It seems that an Israeli military man with the rank of colonel was “caught with IS pants down.” By that I mean he was captured amid a gaggle of so-called IS–or Islamic State or ISIS or DAESH depending on your preference–terrorists, by soldiers of the Iraqi army. Under interrogation by the Iraqi intelligence he apparently said a lot regarding the role of Netanyahu’s IDF in supporting IS. 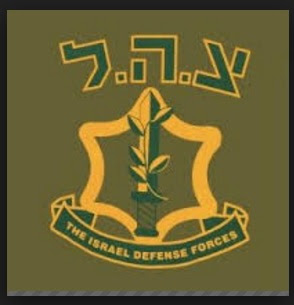 In late October an Iranian news agency, quoting a senior Iraqi intelligence officer, reported the capture of an Israeli army colonel, named Yusi Oulen Shahak, reportedly related to the ISIS Golani Battalion operating in Iraq in the Salahuddin front. In a statement to Iran’s semi-official Fars News Agency a Commander of the Iraqi Army stated, “The security and popular forces have held captive an Israeli colonel.”
He added that the IDF colonel “had participated in the Takfiri ISIL group’s terrorist operations.” He said the colonel was arrested together with a number of ISIL or IS terrorists, giving the details: “The Israeli colonel’s name is Yusi Oulen Shahak and is ranked colonel in Golani Brigade… with the security and military code of Re34356578765az231434.”
Why Israel?
Ever since the beginning of Russia’s very effective IS bombing of select targets in Syria on September 30, details of the very dirty role of not only Washington, but also NATO member Turkey under President Erdogan, Qatar and other states has come into the sunlight for the first time.

Published on 13 Nov 2015 : Democracynow.org - The recent U.S. deployment of special operations forces to Syria expands a global U.S. battlefield that is at a historic size. This year, special ops have been sent to a record 147 countries—75 percent of the nations on the planet. It’s a 145 percent increase from the days of George W. Bush. And it means that on any given day elite U.S. forces are on the ground in 70 to 90 countries. Those shocking numbers are revealed by our guest, the journalist Nick Turse. For years, Turse has been tracking the expansion of global U.S. militarism for the website TomDispatch and other outlets. His latest book, "Tomorrow’s Battlefield: U.S. Proxy Wars and Secret Ops in Africa," focuses on one particular American military battlefield that often goes unnoticed. Turse says the U.S. military is now involved in more than 90 percent of Africa’s 54 nations.

Coverage of more than a decade of conspiracy for Wars in the middle East!

As the same establishment press that sold the public the Iraq WMD lies "breaks" the "news" that Bush and Blair planned the invasion in advance, James shows the documents we've had for a decade telling us the exact same thing. And people wonder why trust in media is at an all-time low...

Published on 1 Dec 2014 - For Israeli - US Military industrial Complex from where weapons & Military/Police trainer contractors goes worldwide! Based on : An Israeli Soldier's Story - Eran Efrati

Who's Profiting From Israel's Offensive in Gaza?

Published on 29 Jul 2014 - Shir Hever: Israel continues to reject Hamas' offer of a ten-year ceasefire because it would undermine Israeli arms sales, which reached $7 billion in 2012

Protest in the Village of Nabi Saleh, Palestine.

Today, the villagers of Nabi Saleh took creative non-violent action against the Israeli forces that violently suppress their weekly Friday protest. As they awaited a decision regarding the suspension of the Israeli football association from FIFA, the residents marched down the road holding up red cards and playing football. The occupation forces responded with sound grenades and tens of rounds of tear gas. The villagers were undeterred and returned to their game of football after the affects of the gas had worn off. The protest was in solidarity with the Palestinian footballers who are subjected to discriminative restrictions by Israel.
Read more about the weekly demonstrations in Nabi Saleh at:https://nabisalehsolidarity.wordpress.com/about/

Published on May 6, 2015 : NATO has launched massive war games on Russia's doorstep, with drills taking part in Estonia and Norway. Personnel from ten alliance members, including the US and the UK, are taking part.

Published on May 5, 2015 : The army says the activists have failed to provide any proof of their claims. Although Israel has been previously accused by the UN and human rights groups of disregarding civilian lives during operation 'Protective Edge'. RT is joined by Charles Shoebridge, security analyst and former British army officer.

'An Islamic View of the Christian World' By Shaikh Imran Hosein

Published on 18 Mar 2015 - This lecture restricts itself to establishing the foundation from the Qur'an for friendly ties between Muslims and Orthodox Christians in particular, but does not as yet address the subject of an alliance that is divinely-ordained. That will be addressed in the second recording Insha Allah.

This recording also offers a view concerning a Christian response to usury and to bogus paper money which can instantaneously electrify the entire world of Islam in a manner that would cause eternal dismay to our mutual enemies, and would significantly advance the cause of an alliance between Islam and RUM.

Will there be a UN intervention in Yemen!

GOLD : the best store of value.

Secrets of the CIA

John Perkins :: The Secret History of the American Empire.

US Role in Somalia

US Contractors in Afghanistan